Forcible destruction of temples is no longer a feature in the rural zone of Indian state of West Bengal or the outskirts of Kolkata only. It is taking place in the midst of the metropolis too – grievous incident of destruction of temple in Chatubabu Lane, in the center of Kolkata, has shocked the vicinity. But at this time the perpetrators are the police, stimulated and supported by a section of local Muslim felons.

he atrocious incident happened on 24th Feb., during 1.00 pm, when a police contingent led by Mr. Chowdhury, Sub-Inspector of P:S: Entally (police station) and Mr. Khan, specially deputed, came. And Mr. Chowdhury (in civil dress) demolished the make-shift temple by his own hands. What compelled the police to act such? Well, there is a secret fact – police was obligated by Sheikh Allauddin, who is owner of a house just opposite to the temple and had been making large efforts through years to overwhelm and put an end to the temple. It is to be noted that the temple had its formal inception in the year 1966 and by now it has been broken for 5 times to placate the Muslim family.

Is the temple illegally built? This is the commonest question that comes to the mind of any reader. To be precise, the makeshift temple is in the area of Kolkata Municipal Corporation and even local councilor, Arun Kumar Das, has no problem in sanctioning it. There is also a 15 ft. lane between the building and temple.

But this kind of move of his has infuriated the Muslim members of his own political party (Congress I) and Md. Nasim (General Secretary – West Bengal Preadesh Committee – Minority Department) threatened him on 23rd Feb. at night and urged also to call all these activities a halt.

It is also being alleged that Sheikh Allauddin has lodged a case in the local court against Manoj Raut, Ramesh raut and Ranjit Raut, spearheading the movement currently. And such a news has been published in an Urdu newspaper called “Istahar”.

While talking to this scribe, people expressed their anger and frustration to a great extent. As per them, there is not a single temple in the neighborhood and the temple was providing an opportunity to observe Shivaratri with grandeur. They are demanding reconstruction of the temple and an apology from the police. In the absence of these, people of the locality are steadfast to move ahead. 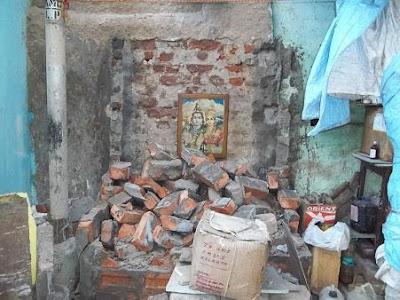 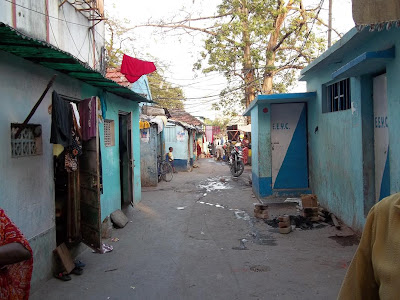 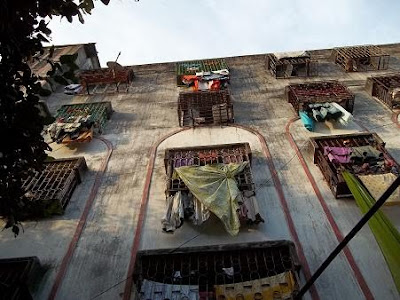