Something is better kept under the cover – always. This is the most recent theory propounded and also depended on by the administration and its cohorts to a large extent. Their worst fear is if the truth (mounting religious persecution on Hindus in ) dares to come out it may result in a communal conflagration, hard to bring down, in the length and breadth of the state.

What makes one to reach such a conclusion? If any reader is still confused, he doesn’t have to go anywhere else. All he has to do is to focus on the present happenings in the , P:S: Hasnabad, already able to find its place in the mainstream media news section owing to a few unusual developments or a series of thefts. Firstly, jewelries of deities in the village were stolen from two temples almost 3 months back, located in the environs of the Ashram (hermitage) of Badal Maharaj. As indicated by local inhabitants then, Muslim thugs in Pifa, Barasat stormed in temples and destroyed sanctified deities of Shiva, Kali and Shitala. At this time (only a few days back) Shashankali Mandir, Bhebia Bazzar Mandir, Mandir of Kali Karkhana were ransacked and also defiled.

The administration has been steadfast in retaining a strange silence and is leaving no stone unturned also to reduce its importance.

All these induced this scribe and his teammates to make an introspective analysis – what has gone wrong in real terms. From the initial moment (after reaching the village) it was comprehended that Bhebia contains a prominent Muslim populace and its dominance in all echelons of the society almost. However, more conversations next brought other facts to the fore. Once Bhebia was a Hindu-dominated area but by now it has become a Muslim-majority area owing to exponential rise in Islamic population and pessimistic attitude of Hindus.

Let’s begin with the Bhebia Shashankali Mandir. If the word “vilification” is used in this case, it would be most suitable. The temple was completely ransacked on 1 st March, (last Tuesday) and each and every material, essential to worship Mother Goddess, was stolen. Some of these are Tamrakunda (bronze plate), deity of ChinnaMasta, a good number of big and small plates, KoshaKushi, PanchaPradip, Ghanta, Jhanj, and lots. But the priest was too frightened to reveal all these secrets. Only after some conversation he made the reality public.

The situation was no different in and Mandir of Kali Karkhana or Sri Sri Ratanmayi Kalibari. A good number of essential materials (old and beautifully designed, donated by devotees) were looted. Strikingly, there was a common thread between all these. These were no ordinary thefts – all these happened to admonish the Hindus inhabiting there. Circumstantial evidences along with revelations of local people indicated the same.

We also went to the abovementioned hermitage of Badal Maharaj, positioned nearby. They also told of the fast worsening atmosphere in the neighborhood and reluctance of the administration to ensure safety of Hindus. Bhebia is not an isolated incident by any means but exhibits the shocking reality and viciousness that is gaining confidence and strength with each day passes. Hindus in this area seem to have no future if they are not organized to fight for own existence.

As already said, thefts are strong warnings to Hindus. And unless a threat is repulsed and paid back, there is no future. 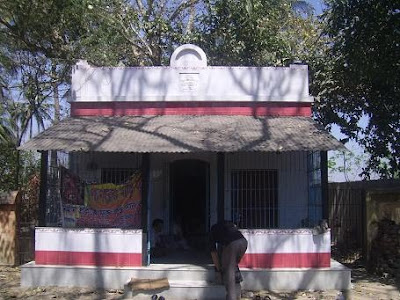 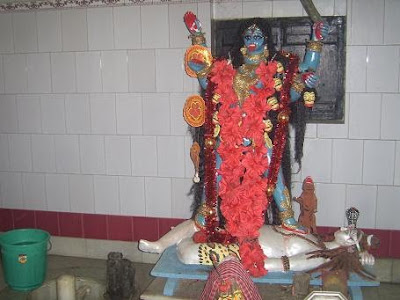 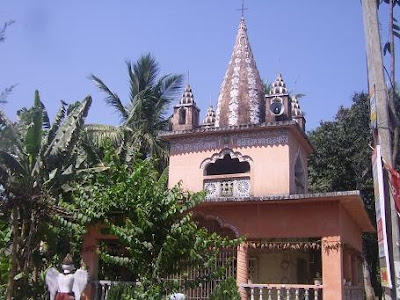 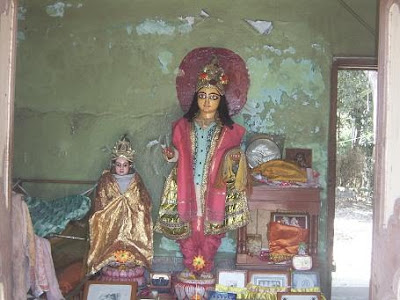 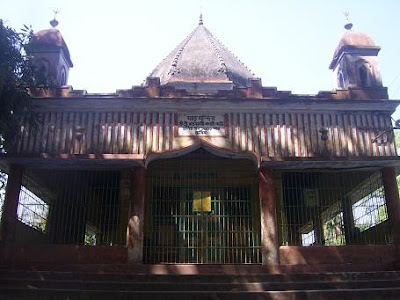 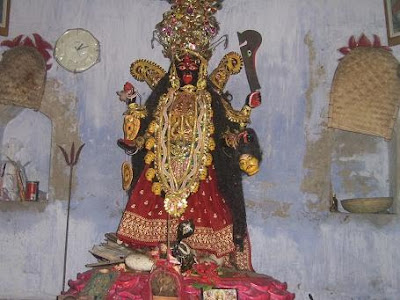 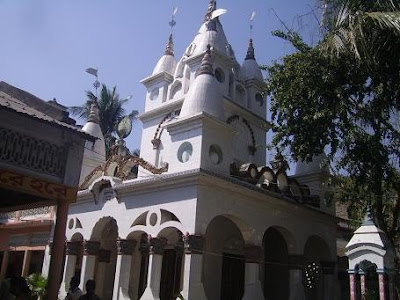