Demonstrations of forcible constructions of mosques (strong and effective way to admonish peace-loving Hindus) and to construct it violating all executable rules and regulations have become a common feature in Bengal and other states of India. If you are in need of any such specimen, Shantipur Topkhana Masjid (mosque) is most accurate.

The mosque is positioned in Ram Nagar Para, Ward no. 19 of Shantipur, major city and municipality in Nadia district in the Indian state of West Bengal and most prominent for its role in the tradition of Vaishnavism. Strikingly, it is alleged till date that the mosque (positioned at the said place for centuries) was built by the destruction of a number of sanctified temples.

On 9 th Feb., a group of Muslims, disregarding the sentiments of the Hindu neighborhood, tried to fasten a microphone to the fresh turret of the mosque. There are several reasons to smell a rat and one of these is that, not a single Muslim resides within the surrounding 1 km. In spite of all these Muslims made great efforts to erect a new turret and attach a microphone to it. The incident was enough to enrage local Hindu population.

Strong and virile protestation of Hindus made the local P:S: Shantipur act fast and the Officer-in-Charge, Mr. Raktim Chatterjee, convened a meeting between the two warring groups. Another meeting under the aegis of S.P. was held later on (involving representatives of two communities) and both meetings concluded with the pledge of maintaining statusquo.

According to sources, Abdul Salam Karikar, Vice-chairman of Shantipur Municipality and also a key leader of Congress, is responsible behind all these nefarious designs. 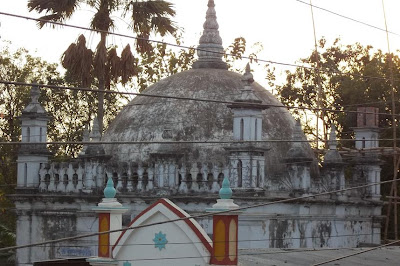 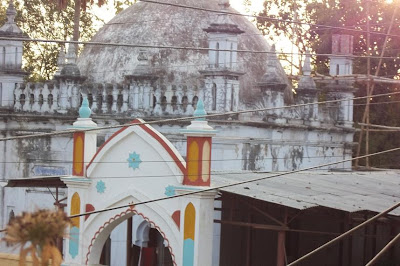 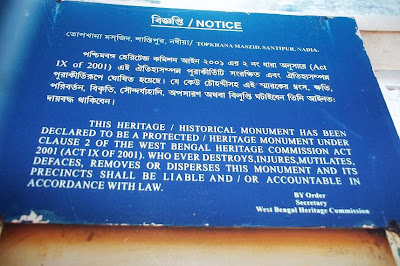