With the passing of days growingly, it’s becoming evident the greatest crime of any individual in India is to be a Hindu and if he/she hails from a low-caste Hindu family (suppressed through ages) the same crime becomes graver. You may call this as fiction of imagination but the ongoing happenings in Charghat Darga Para, P.S- Swarup Nagar, Dist. North 24 Paraganas de note nothing else.

The majority of Hindus positioned in the area hail from the alleged low-caste Hindu families and has been performing Charak Utsav (popular Hindu ritual in rural Bengal) for the last 52 years without a single break. Well, there have been lots of disturbances merged with protestations from Muslims against celebration in all these years and to bring an end to all disputes Hindus moved to the Court and won the case too. Nevertheless, there has never been any end to incitements from Muslim crooks and a single pretext is enough for these people.

There were grand plannings in this year too and to make it better a blood donation camp was also on the verge of taking place. Utsav committee also had its own office in the campus and everything was going fine till the interference of local police on 10 April 2011. It is no longer a secret that police was persuaded by dreaded Muslim criminals of the area led by Mobasher Hossain or Lal Miya, leader of several mosques in the vicinity and also a noted criminal responsible for lots of atrocities on hapless Hindu families.

The sudden appearance of police contingent (out of no reason certainly) bewildered Hindus but when they vandalized the entire campus along with the place of worship, Hindus burst into protest. The local police outpost officer Prabhat Pramanik was perceived to trample the pulpit of worship and spoke out (along with Officer in charge of Swarup Nagar Police station Ananda Mohan Chakroborty) that Puja could continue minus the adjoining celebrations. When Hindus started protesting against all these, they were assaulted brutally by the large contingent of police & RAF.

It is to be noted that the land of Puja is Debottar Sampatti (property endowed for defraying the cost of worshipping a deity).

Hindus decided at once either there would be all or no Puja. And this stubbornness did create a magic. Police finally succumbed to public ire on 11 April 2011 and Puja along with the festival is going to start. But Hindus are wondering whether all these happened due to their low-status in the society apart from incitements of Muslim miscreants. Sadly all these are happening in an independent nation.

But it is also stated with confidence that Charghat Darga Para is a new Deganga on the way. 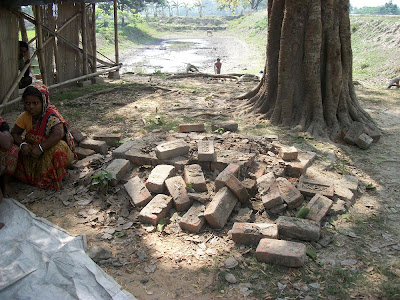 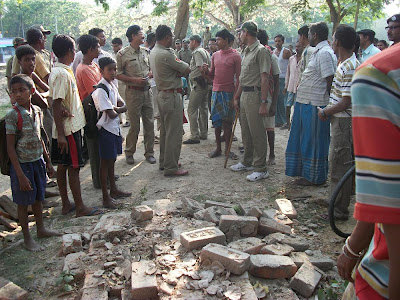 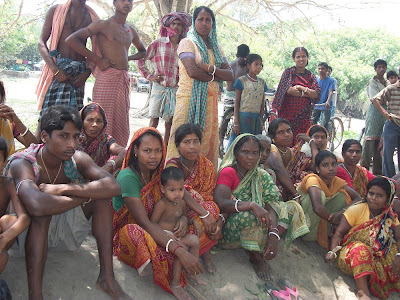