Hindu village in Domjur in abject fear; threatened of dire consequences for its valiance

Hindus in village Uttar Nibra Panchanantala, P.S. Domjur, Dist: Howrah in the Indian state of Bengal offered a heroic resistance against Muslim thugs (on June 22) when the incident of stabbing of Hindu youths, Malo Ram and Babla Bera, following their protest against eve-teasing of Hindu girls by Muslim thugs took place. The incident led to a huge tension in the vicinity and for the first time Hindus geared up and resisted against the Muslim rowdies guilty to stab Hindus. Nevertheless, the entire village and the neighborhood, at this point in time, are terrified and apprehending worst.

During one-on-one interaction with villagers it was learnt that such incidents are becoming more and more common these days whereas police and administration remain silent, stimulating nasty designs of Muslim cronies. On the fateful day 6 (not 4 as mentioned in earlier report) ruffians overall in 2 motorcycles from nearby village of Ankurhati turned up. While 2, Hasan Gazi (28) and Mukul Ali (27), of them were caught and heavily thrashed, 4 goons, in their twenties, managed to escape.

As per witnesses like Guatam Das, Chotai Gole, Babua, Babla and others – the whole gang was heavily armed and 3 of them were having firearms as well. But the eruption of Hindu anger proved to be heavy for them.

Whatever it is, the situation has changed lots by now and the whole village is suffering from an uncanny form of insecurity. This scribe, thanks to local and dedicated Hindu youths, went to meet Malo Ram at his residence and was fortunate to perceive such a valiant yet injured youth. Instead of any remorse, he has the conviction of doing right. Malo’s injury is heavy still though he can manage to talk. Babla Bera, as per earlier reports, was released after initial treatments.

But fear persists and it is indeed deep-rooted. This was found best when the victim girl’s family declined clearly to talk and even to divulge name of the girl. An FIR had been lodged by local people but the number couldn’t be found out as it is being dealt with by a local Trinamool Congress leader, remaining unavailable at the time of investigation. Here is one instance of fear. When this team went to the girl’s residence, local Hindus continued to watch from a distance. They took a good time to gain strength and asked our identity.

Villagers alleged that Hasan Gazi’s family had already offered a sum of Rs. 50,000 to Malo Ram to withdraw the case against their lad. What is more, threats of dire consequences are also coming to the villagers from Muslim strongmen. Administration seems to be too busy to mull over these serious issues heightening anxiety of Hindus only. When asked of police patrols, villagers said there was no such. 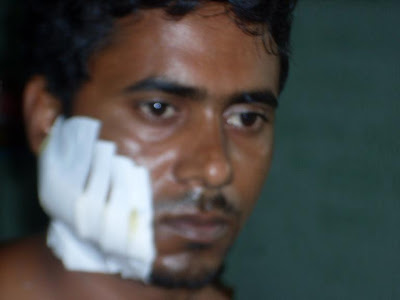 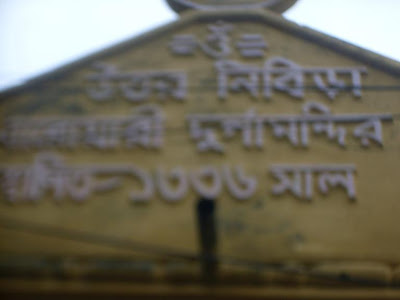