What next? Complete dominion!

This may be termed as a mere coincidence but truly at times bizarre similarities are found in stances of two political leaders representing two different ages on the whole. Whether it is regarding benevolence and zeal to better humanity or even haughtiness, similitude is often found out. Now the two here are Muhammad Ali Zinnah, founder of Pakistan and Mamata Banerjee, newest Chief Minister of West Bengal.

While the first one proclaimed Urdu as the national language of Pakistan leading to a rebellion in its eastern half and secession ultimately, Mamata Banerjee has declared recently with same haughtiness that Urdu would be second-language in Indian Bengal henceforth. In spite of being a worshiper of Goddess Kali personally, she didn’t have the time to take views of majority Hindu community (in this regard) in the state into account.

It has been learnt that Urdu would be given second-language status in districts with a 10 per cent or more Urdu-speaking population. Massive governmental encouragements, both in money and kind, will follow soon.

This is not all. Bengal Chief Minister, in her bid to woo the ever-expanding Muslim population in the state, has also stated unequivocally of the restoration of the word “Madrasa” to the name of Aliah University. Notably, earlier Left Front government had expunged the word “Madrasa” when it gave Madrasa Aliah the status of a university.

The response of Muslims, forming a chunk of Indian Bengal’s populace, is naturally wild and they have already started favoring Didi. Now meet Shamim Ahmed, one of persistent campaigners to carry on agitations for making Urdu the second official language in the state. The delighted man stated, “What the CPI(M) government could not do in three decades, Mamatadi has done in a week.”

Truly, ouster of Left Front and Trinamool’s victory in just concluded assembly polls has saved the democratic scenario in Bengal from utter collapse. But Trinamool’s mounting endeavor to court Muslims is also a dangerous indication.

Even if similar status would be granted to other linguistic minorities, including Hindi, Oriya, Nepali, Gurmukhi and Santhali languages, in areas where people speaking those languages go beyond 10 per cent of the total population, center of attention remains Urdu and thus to have favor of Muslims. Remember Urdu is regarded as the soul of Islam in Indian subcontinent and certainly post-independent India. What Mamata does not know or pretend to not to know, governmental support behind Urdu can lead to rise in divisive tendencies only.

You have every right to castigate the said article.

Why don’t you read origin of Pakistan movement, its formative years and final triumph before that? Perhaps you can brush yourself up then. 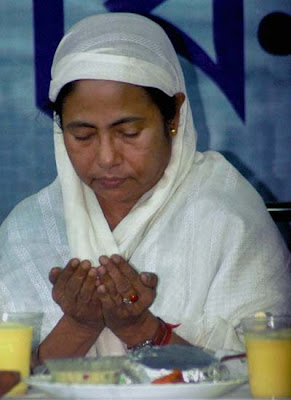 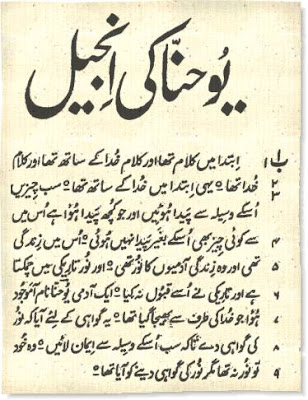