Hindu Samhati Reported This Event After Appeal From The Victims a Few Months Ago.
Our reporter went back to Chingripota village to find the Hindu family still languishing under extreme Muslim threats in Budge Budge

It’s simply futile to state any more to readers, especially those who are acquainted with the changing reality for all these years, that Hindu persecution by Muslims is terrible. There, in fact, is no limit to the same and with the passing of years it is increasing by leaps and bounds.

Perhaps a few new ones are considering the chronicle wants to draw their attention to the despondent events in Bangladesh. Hindus have become vulnerable to Islamic ill-designs there already. Neighboring Indian state of West Bengal is no longer different to the same. Identical nefarious designs can be perceived there too. And what was shrouded under the veil of “secularism” even a few years back has started to come out defiantly.

One of the increasing numbers of victims in West Bengal has been Prashanta Das and his family, inhabitants of ChingriPota in Budge Budge, close to the metropolis of Kolkata. The neighboring Muslims started creating problems, in the beginning, regarding the murthi of Bajrang Bali, positioned on the front gate of Das family’s residence. As per Muslims, the presence of the same was enough to impede their religious activity and un-Islamic as well. Maybe the altercation between the two sides could have ended here, had not the local police started backing up Muslims on the whole.

Police urged the Das family either to take the murthi away or to change its direction without delay. It is worthwhile to mention that the mosque is also placed illegitimately. To be precise, the land where the mosque remains belongs to the Das family. Since it was lying vacant for a few years, Muslims occupied it forcibly and have been going on with their religious activities since then.

There has been no respite from this situation even if the Das family has left no stone unturned to get in touch with various echelons of the Bengal administration. The local police is too feeble owing to pressures from unidentified centres of power. Meanwhile, there have been several attempts by Muslims to hassle Hindu women in the locale including those of Das family.

Prashanta Das made a General Diary in the meantime and mentioned names of some noted criminals like Kochi Sapui and Zakir Mallick too but the police is extremely effete to take any action against them.

Here are some more facts concerning the General Diary. GDE No. is 1515 and dated 22-5-10. Can you ascertain the reality? Will Das family’s agonies come to end ever? Muslim assaults are going on as usual. 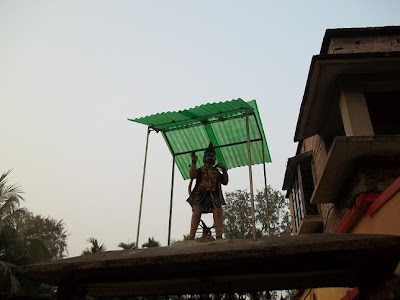 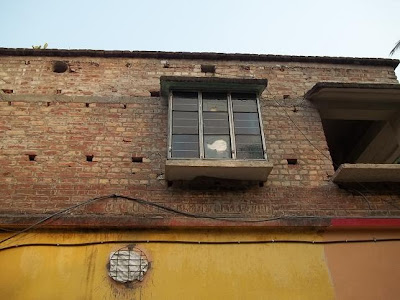 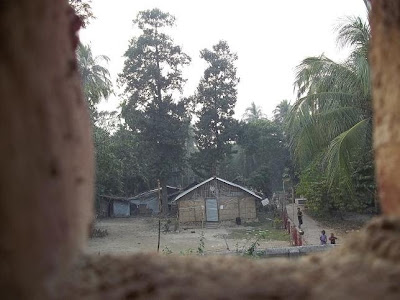