The mob of the Muharram procession attacked a Hanuman temple located near Koley Para Primary School, 15 bombs were exploded on or near the HANUMAN temple by the fanatic Muslim attackers and as a result the temple was totally destroyed .

At least 10 HINDU shops were ransacked and looted, some of the shops are as follows:-

5) Rajkumar Polle :- Embroidery Raw Material Shop. The shutter of this shop was broken and the Muslims looted this shop which was consisting materials worth tens of thousands of rupees.

Apart from the above mentioned shops there were at least five more shops which were ransacked and looted.

The shops mentioned above have been bombed by the Muslims.

All of these incidents took place between 4:30 to 5:00 PM in front of the Police Force who were standing still and helpless and did not even dare to attempt to stop these Islamic activists.
Also, several Hindu homes were broken as well. It is alleged by local Hindus that Panchla police station 2nd officer, Najurul Islam, a Muslim was present at that time and the vandalism occurred with his covert sanction. Also, we received information that ex Congress MLA and TMC leader Sheikh Gulshan Malik was also involved in the planned attacks against the Hindus.
A communal incident started by the Muslims took place on 9th November 2010 for which 18 Hindu men of the area were falsely framed and fake cases were imposed upon these completely innocent Hindus. Following this incident, the local Hindu leaders belonging to various political parties advised the Hindus not to come out of their homes during the Muharram procession of the Muslims. Accordingly the Hindus stayed indoors today (Muharram day Dec 17, 2010) at the time of Muharram processions and the Muslims took complete advantage of the situation and carried on one sided atrocity on Hindus and Hindu properties.
The incident of 9th Nov 2010 is really brutal and the facts will be placed on this blog shortly.

The Hindus of the area are very perplexed and confused and don’t know what to do and at this stage there is no one in the locale to provide support and lead the Hindus.

Previously there had been many instances of Muslim atrocities in the Pachla area for example two years back : All the Hindu Shops (54 shops) of the Pachla Bajar were ransacked and looted and on all the occasion and the Police stood and watched like mere helpless spectators. 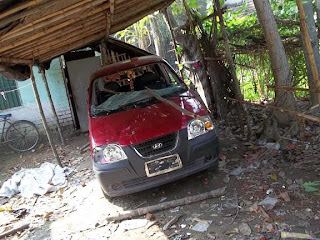 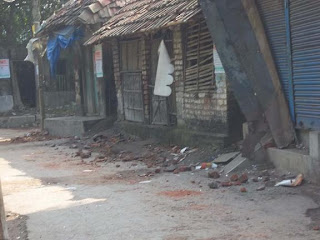 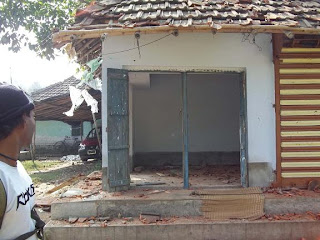