Every one of you will have to be a Govind Singh, if you want to do good to your country. You may see thousands of defects in your countrymen, but mark their Hindu blood. They are the first Gods you will have to worship even if they do everything to hurt you, even if everyone of them send out a curse to you, you send out to them words of love. If they drive you out, retire to die in silence like that mighty lion, Govind Singh. Such a man is worthy of the name of Hindu; such an ideal ought to be before us always.

The aforesaid words of Swami Vivekananda continue to instill Hindus yet with fiery emotions and greatest sense of patriotism.

Hindu Samhati, ever since its inception, has been struggling for Hindu cause ardently and if any personality continues to influence its arduous struggle most he is none other than Swami Vivekananda. Swamiji’s each and every word to wake up Hindus and create a mission for them equals to clarion call for war to Hindu Samhati’s activists.

Hundreds of Hindus marched in two processions with saffron flags backed by patriotic songs and bands. While one procession travelled from Madhya (Middle) Bele and went around Dakshin (South) Bele and Uttar (North) Bele, the other one started its journey from Anandapur Primary School and went around Mayahari area. Spontaneous participation of hundreds of Hindus in both processions left strong effect on the neighborhood.

Fervent speeches of Bikarna Nasker and Rajkumar Sardar of ideals of Hindu Samhati and how it is abiding by principles of Swami Vivekananda, endeavoring hard to make Swamiji’s dream to make Hindus a warring community impressed Hindus attending the program a great deal. 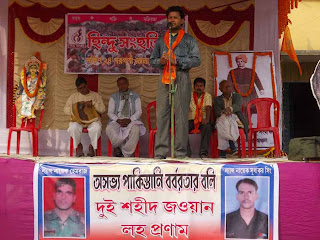 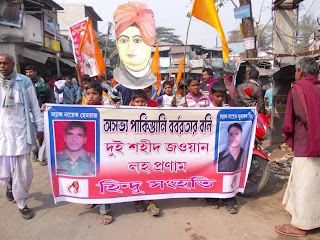 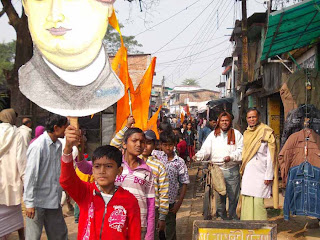 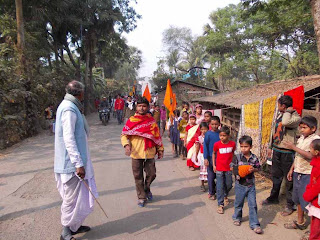 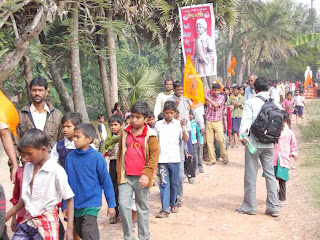 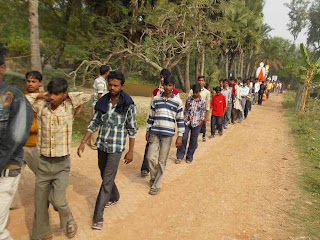 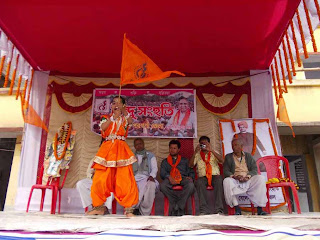 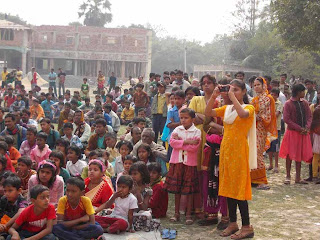 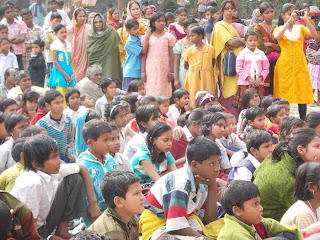 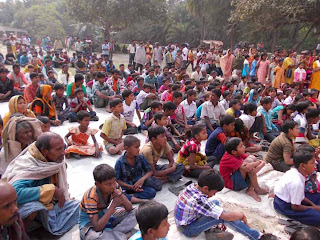 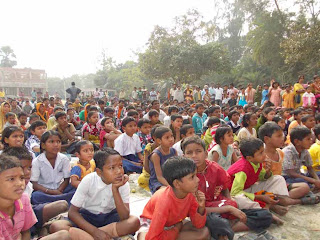