When on earth Hindus remain united and fight with vigor, they have the taste of triumph; this has been the lesson of history and Hindus inhabiting the village of Gagramari, P.S. Basanti, District: 24 Paraganas (South) are having it at the moment.

The of is known to have a for decades. The temple is highly revered in the neighborhood too and a vast land worth 15 bighas is dedicated to Devi all together. However, the same land has been the bone of contention in the village. Muslim radicals in the locality are trying to acquire both temple and land by any means and with this end in view, they are leaving no stone unturned to foment troubles in the village ranging from harassing Hindus regularly to taking help of Muslim toughs of other villages at times.

There have been some other nefarious developments as well. A Hindu individual inhabits a part of temple’s land forcefully and according to Hindus in the village, he is none but a paid agent of Muslims. The pressure of Muslims was realized first when Hindus were prevented from entering the temple in the beginning of January, 2013.

Sensing more such dangers (in the offing), Hindus in Gagramari contacted local activists of Hindu Samhati. To boost their confidence, Hindu Samhati activists decided to enter the temple premises along with Hindus of Gagramari on January 10, 2013. And it became unbearable for Muslim radicals. While Hindu Samhati’s activists with Hindus of Gagramari were returning from the temple, they were stopped by Islamists and their Hindu agent leading to a battle royal altogether. Muslims were heard to threaten Hindus that they would suffer dire consequences if the temple was entered after January 13, 2013.

IC of P.S. Basanti was informed of the Islamic warning straight away; he assured Hindus to adopt necessary actions before long.

Defying the threat of Muslims, hundreds of Hindus of Gagramari, led by Hindu Samhati’s activists, went to the on January 13, 2013 and performed Puja with splendor. Not a single Muslim dared to interfere.

To fortify the temple’s infrastructure, the temple committee has decided to fence the entire property. It has also been learnt, all fishes of the large lake (next to the temple) have been caught and fencing is on the way.

Hindus are keeping a tight watch while Muslims fear to disturb them even. 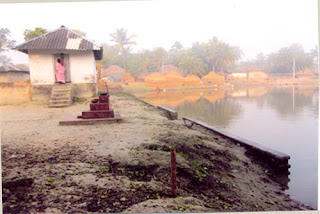 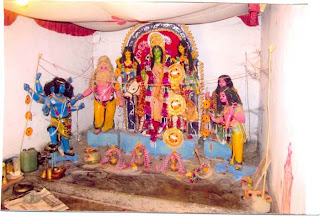 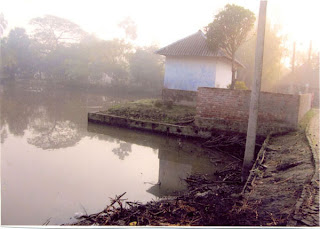 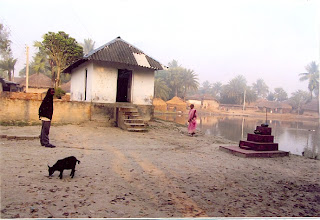