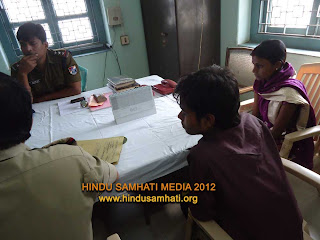 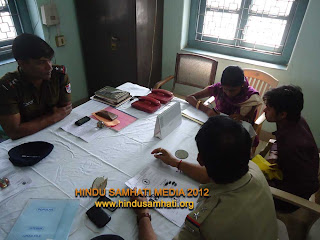 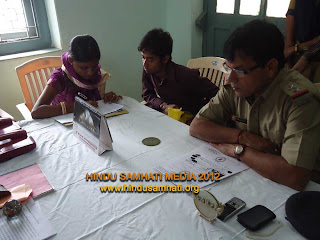 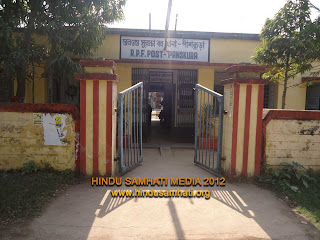 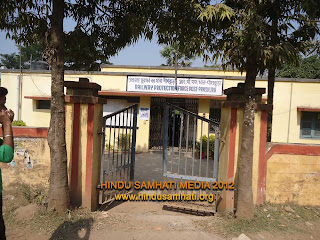 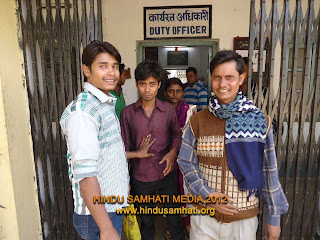 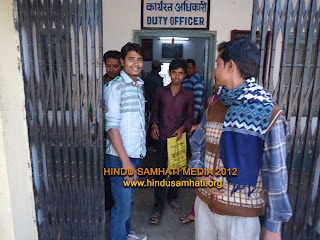 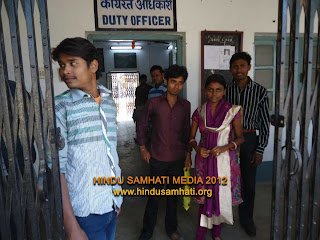 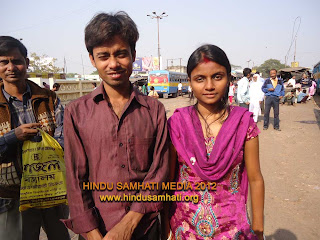 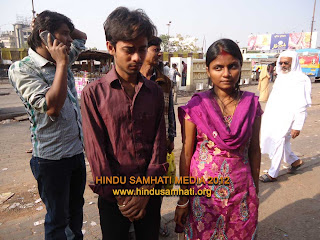 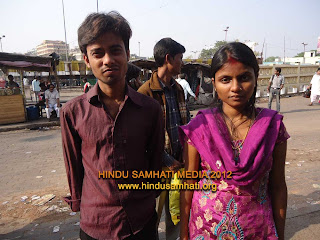 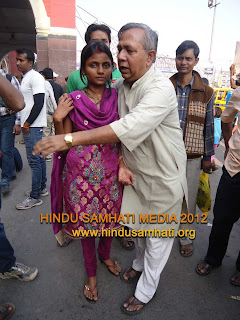 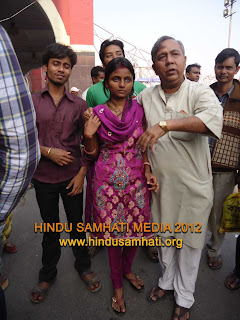 It was all set to become another story of Islamic victory over Hindu moral until Hindu Samhati, once again, emerged as the messiah in support of Hindus. Runa Halder (aged 19 years), daughter of Ahmad Halder, was a resident of Mandir bazaar, South 24 Parganas. She fell in love with a Hindu boy – Rahul Mistry and subsequently got married to him. As the family of the girl did not approve of the marriage, and threatened with dire consequences, they were forced to leave their house in search of a safe place for them.

Ahmad Halder, who happens to be an influential person in the locality, claimed his daughter as minor and lodged a complaint in the local Mandir Bazar police station against the groom for kidnapping. After a few days, when he found the couple, he tortured the boy and forcibly took the girl only to sent her to one of his relative’s house at Chandrakona Road under Paschim Medinipur. On 27/11/2012, Runa was able to establish communications with Rahul and informed him about her whereabouts. Rahul, along with his two friends, went to Chandrakona Road and as they were on their way home after rescuing the girl, they were detained by Ghatal police under request from Mandir Bazar police station.

No sooner Hindu Samhati received the news of their detention; they contacted with the District Superintendent of Police (SP) and appraised him with the whole story. The SP, assured them full cooperation from administration after he became satisfied that both groom & bride was adults and there was no forcible elopement. He, then, instructed the Officer in Charge (OC) of Ghatal police station to ensure the safety & security of the couple in liaison with Hindu Samhati. The police was ready to release the couple immediately as they had no charges against them but considering it was already late at night, the OC was requested to provide them shelter for that night and he agreed.

Islamist mafia elements attempted to interfere in the rescue operation in every step. Their plan was to kidnap the couple right after the police release at night.

Late in the night, father of the girl along with an advocate reached the police station but police refused to grant them any access to the girl as was requested by Hindu Samhati who had already pretended that this could happen. In the mean time, members of Hindu Samhati, liaised with Railway Police Force (RPF) at Panskura as it was decided that police would hand over the couple to Railway Police Force.

Today i.e. 28/11/2012, at around 1030 hours, OC Ghatal, escorted the couple to Panskura railway station and handed them over to RPF in presence of other family members and friends of the boy. RPF also sent 2 security guard with them upto Bagnan where Hindu Samhati boys took them into their custody.