It is a reality that local Muslims made all efforts last year to thwart the 26-year old Durga Puja of Shovarani Athletic Club of Village: Dakshin Marjada, PS: Mograhat, District: S 24 Parganas, West Bengal state in India . But this is not the only problem claimed by them. A burial ground that exists alongside the club and has stimulated the Muslims to claim that the club is also on the same land. As a part of this claim they put up a massive gate to commemorate Eid (just in front of the Puja pandal) and their intention was to retain the status quo. The Hindus were not willing to accept this gross injustice and this led to commotion in the neighborhood. Tapan Ghosh, president of Hindu Samhati visited the hot spot after Muslims were attempting to pull down the entire structure of the pandal(Hindu altar).

To tell the truth, only in this year, when the preparations of Puja were in full swing, Muslims appeared in the scenario along with the police and stated that they had the court’s order to shut the puja. The police was also found to act in accordance with the directions of Muslims and instructed the Puja organizers to suspend the construction of pandal straight away. This was not all. Police of Mograhat also made it clear since the Ayodhya verdict had distracted Muslims, the Puja would worsen the condition only. This would lead to more disasters and hence, Puja had be stopped in all ways.

Such communal statements were enough to excite Hindus, especially women who came out of their houses at once and started agitating and protesting in front of the police. The news spread like a wild fire to the activists of Samhati at Hotor and than 300 activists arrived on the spot within a few minutes. The police was forced to retreat before the vigorous and unified protests of villagers and activists of Hindu Samhati. On the very next day, getting apprehensive of the forthcoming danger, the local administration convened the two hostile groups viz. Hindus and Muslims in a meeting. Khalil Sheikh and Jalil Sheikh tried to impede the progress of meeting in every way and even warned of to brutal force on behalf of the Islamists.

It is to be noted that prior to the same, Rathin Das (Buroda), acclaimed local leader of Trinamool Congress (TMC), tried his best to refrain Hindus from including Hindu Samhati in their meetings. Nevertheless, none of the political leaders or the administrators could prevent entrance of armed Muslims from far off Mallickpur, Park Circus in Kolkata, Shankarpur, Gazir Hat, Mograhat, Sangrampur, Netra, Bajeberia and places into the area. Hindus were wondering why was Rathin Das not giving the same advice to the Muslims, and if so, why were they not listening to him? His efforts ended with stopping Hindus from getting more activ

The situation alarmed the Hindus and they after witnessing the obnoxious efforts of the local Muslims, also started reorganizing themselves. They have taken serious lessons from the events in Deganga and are equipped to repel any attack at any time from the Islamists. One of the best specimens of this changed frame of mind is the rising graph of Hindu Samhati in Mograhat and adjoining PS: Usthi. For these reasons, in the meeting Maulanas (Muslim preachers) were found commenting that they would cooperate with the Hindus in the celebration of the Hindu religious Pujas or else, they feared energized and organized Hindus, as a result, might create serious havoc.

Durga Puja of Shovarani Athletic Club was carried out with full pomp and splendor. It was inaugurated by Tapan Kumar Ghosh, president, Hindu Samhati, on the day of Maha Sasthi. 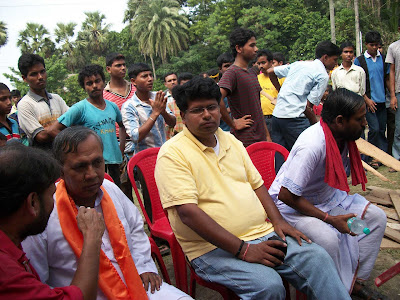 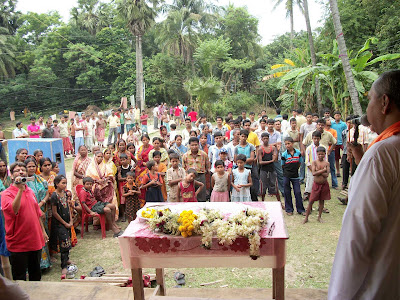 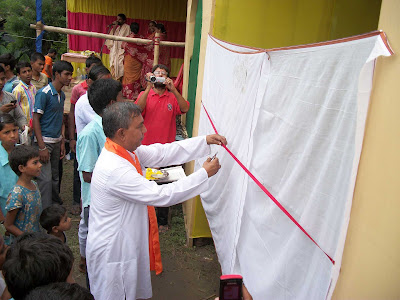 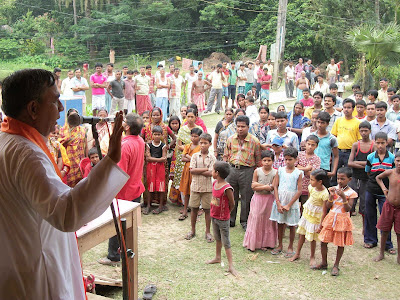