Desecration of Hindu deities by Islamists in the realm of Bengal is not a new phenomenon any more; it’s unabated virtually and the steadfast indifference of police and administration in the state to the same reinforces Islamists’ confidence all in all. 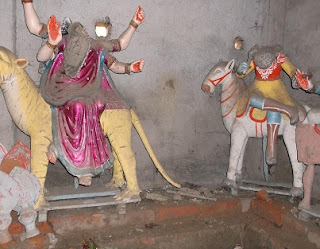 Village: Chunapukur No. 2 in Gordeyani area, P.S. Joynagar, Block: Joynagar, District: 24 Paraganas (South) bears testimony to the same. On November 26, 2012, around 12 am, the immersion program of Goddess Jagaddhatri in the village was in full swing. While returning from the holy immersion, around 1.30 am, Hindu villagers were shocked to perceive that heads of holy Hindu deities at Sarvadevdevir Than had already been chopped off. The situation was enough to anger Hindus in the environs and the news of defilement spread like a wild fire. 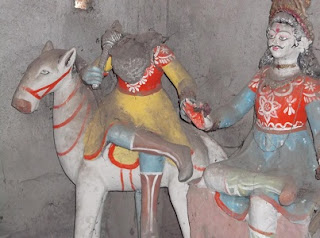 Who were the culprits? After much deliberations Hindus concluded that the same act was done by a few neighboring Islamists with whom they had a brief scuffle during the last month of Kartik. Reason? During the same month, Vaishnavas (in groups) roam in villages chanting “Hari Naam” and the same at village: Chunapukur No. 2 irked Muslims. When they asked to stop it, Hindus refused leading to a fight between Hindus and Muslims. 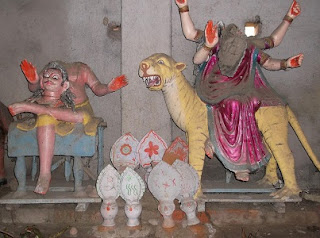 And the desecration, as per Hindus, is a retaliation of the same.

It is worthwhile to mention that Mrs. Gauri Naskar, wife of Niranjan Naskar, worshipper in the same temple was warned by Islamists for chanting Hari naam. 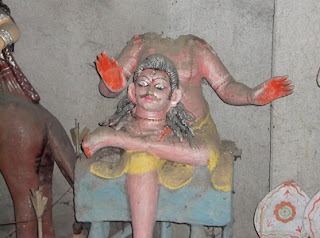 Hindus have informed police but there is hardly any progress yet. 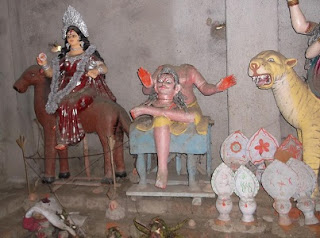 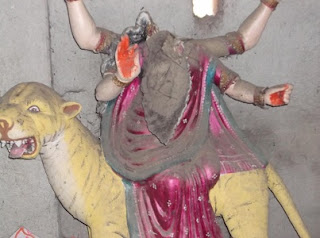 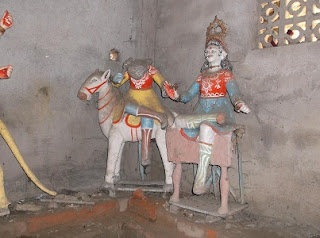 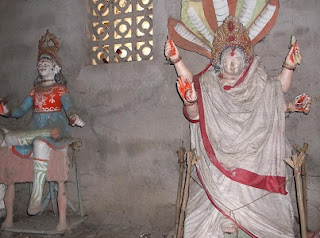 Hindu Samhati regularly monitors and reports violations against Hindus in West Bengal. We also work with both governmental and NGO agencies for proper education on protection and ensure remedies to the Hindu populace as per prevailing law of the land.
Posted by Unknown at 12:40 PM